|Date| Thursday  o8.o5.2o14
|Time| 19:oo ~ 21:oo
|Location| 300A Victoria Avenue, Chatswood
|Price| approx. $25.oo per person
Japanese has always been one of our most visited cuisines e.g. sushi train, ramen shops, etc but we would like to introduce you to a moderately-priced Japanese restaurant – Izakaya Kuroki in Chatswood.
Located opposite Chatswood Chase on Victoria Avenue, Izakaya Kuroki has a cosy environment to suit private bookings.

Their menu speaks for itself because the food that you order, is exactly the same as those that are in the photos. (You can view the dinner menu on their official Facebook site here)

Once we placed the order in, the service was extremely efficient because the food almost came instantaneously.

First off, we ordered the Tuna Wasabi Tartar (Small Tapas), the soft tuna mixed with a hint of wasabi mayo works quite well with a crisp water cracker as an entree. 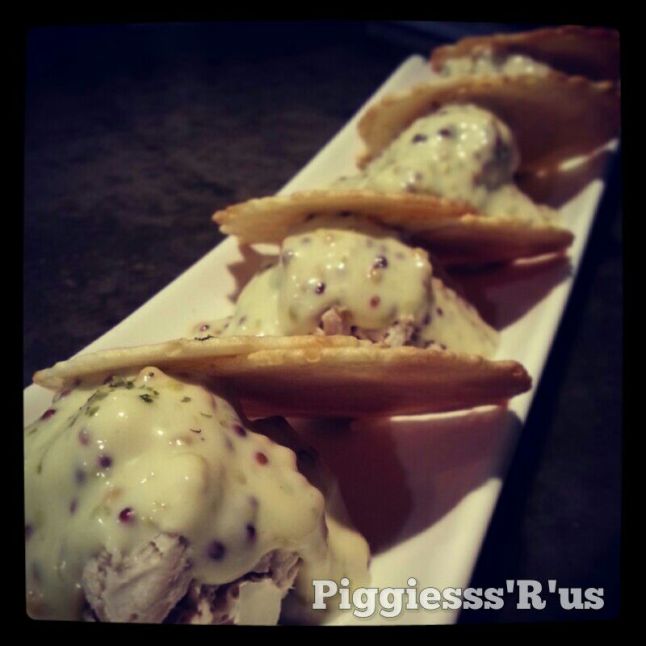 The next small tapas – colourful carpaccio, was exactly as the name has described it. Consisting of tuna, kingfish, prawn and salmon as the carpaccio, it was too pretty to separate them with your chopsticks. The carpaccio had a consistent thickness in every piece and the marinade also worked well together.

We also ordered 2 pieces of the miso flavoured Kuroki skewers. These were absolutely spot on with the flavouring – HIGHLY RECOMMENDED ! Adding mushroom to the Kuroki skewers, it also enhanced the sauce and juiciness of this small tapas. The skewers were also not too burnt so did not give a bad after taste and also added piggie points for this dish.

Note: Kuroki skewers also come in salt and soy flavour, so if you have room in your stomach, you may like to add these to your dinner too 🙂

Although the bread was not enough for the amount of pork belly but overall the pork belly was very soft and tender and had a good proportion of the meat vs fat. As the pork belly was so flavoursome, the sauce was not necessary but does add to the overall appeal of the dish’s presentation.

How to eat this dish: Place 2 pieces of pork belly on the soft bread and enjoy!! 🙂

Close up of the juicy and tender pork belly … yummm yummmm

If you didn’t have enough of the miso flavoured skewers, this Moro-Miso Baked Chicken plated up on pasta (not rice) also does the trick!

Yes, as you can see, we only managed to have two bites of the first entree before everything else came all at once, very efficient service. 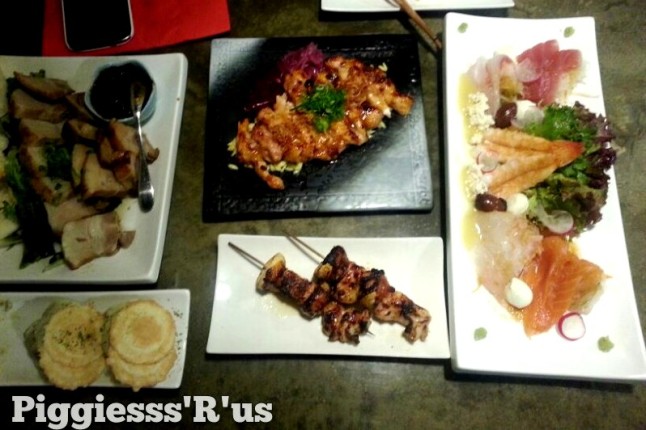 Efficient Service with food all over the table | Izakaya Kuroki |

haha yes and as piggies, we ended up having another bowl of Kuroki ramen. This ramen is a tad bit chilli for those that can’t take chilli but for those that love chilli, it’s blended very nicely into the soup base.